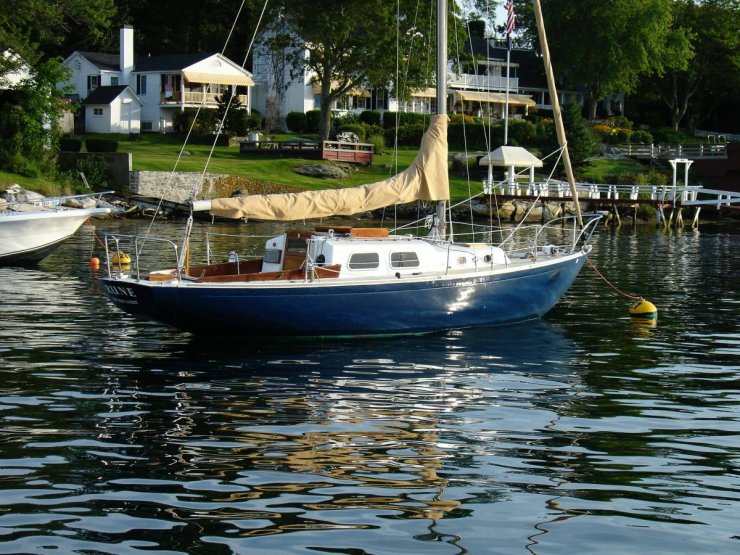 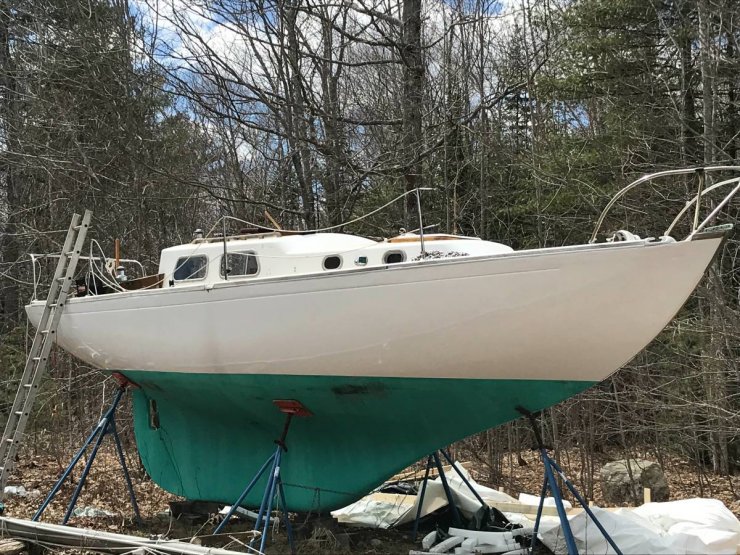 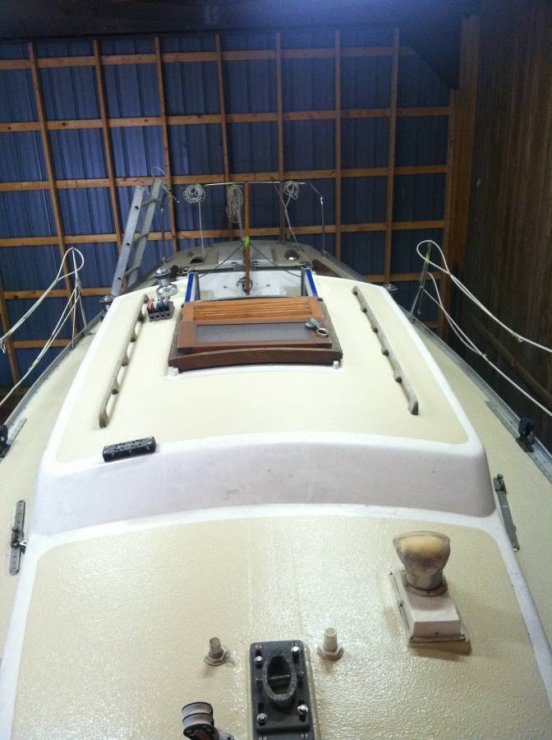 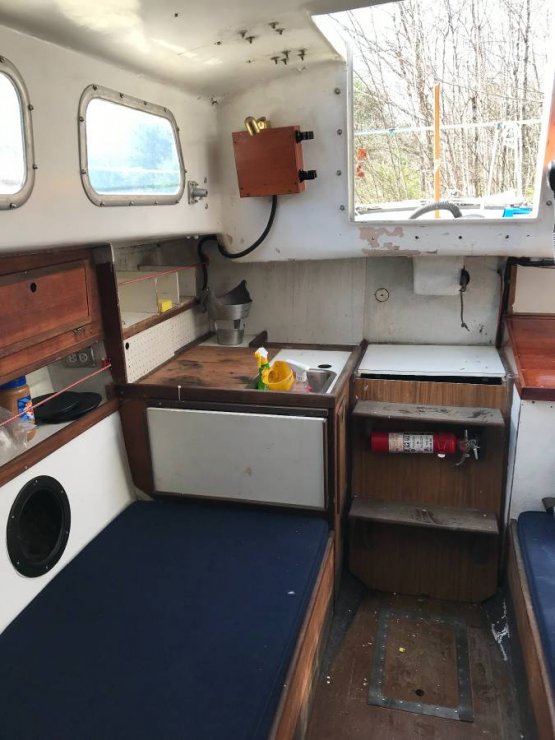 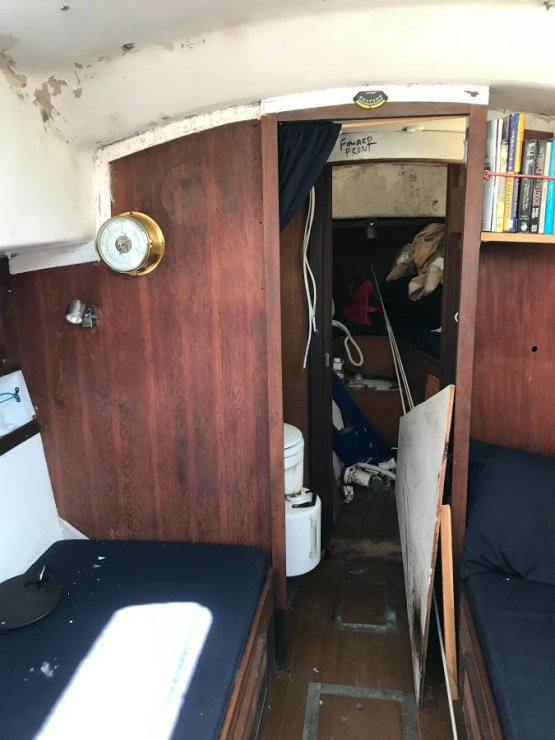 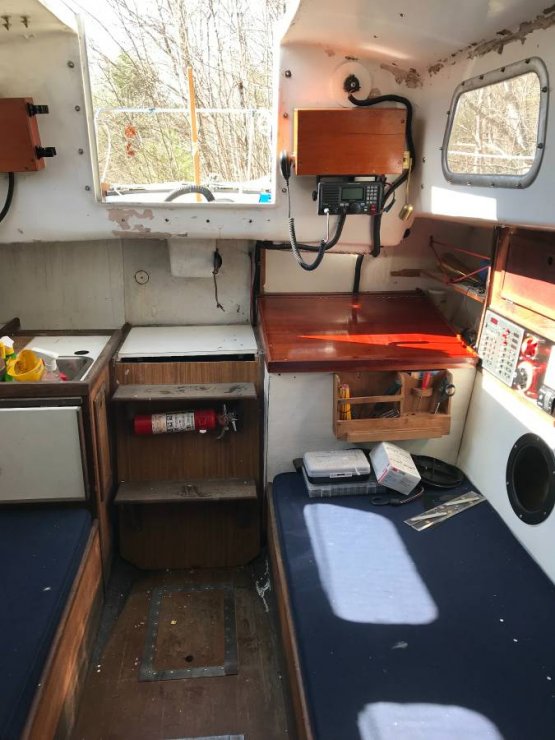 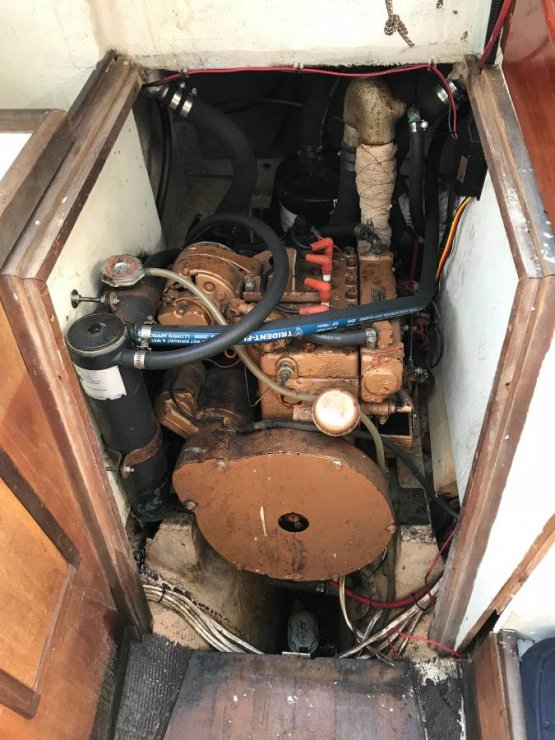 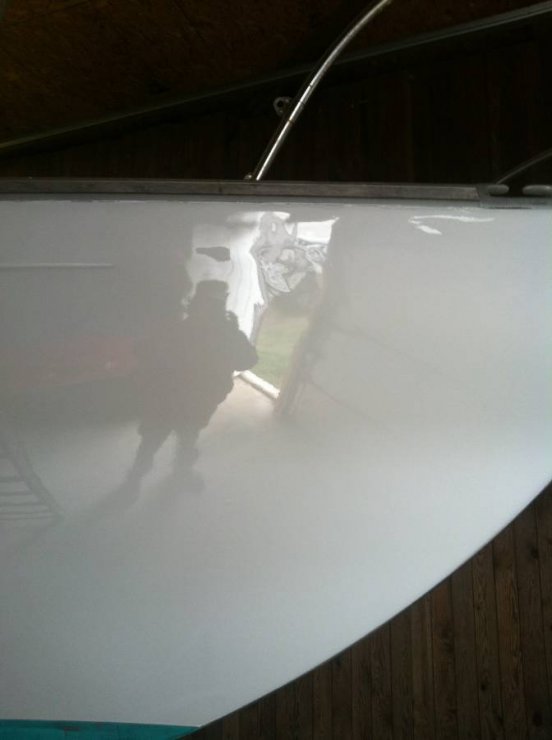 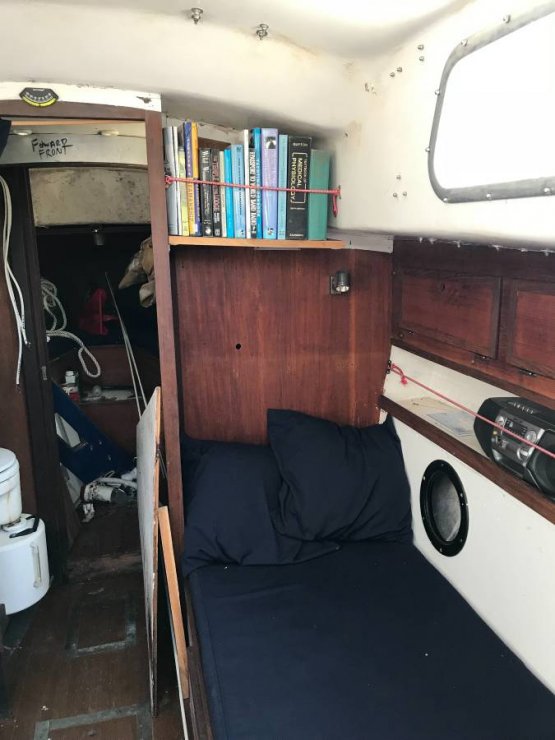 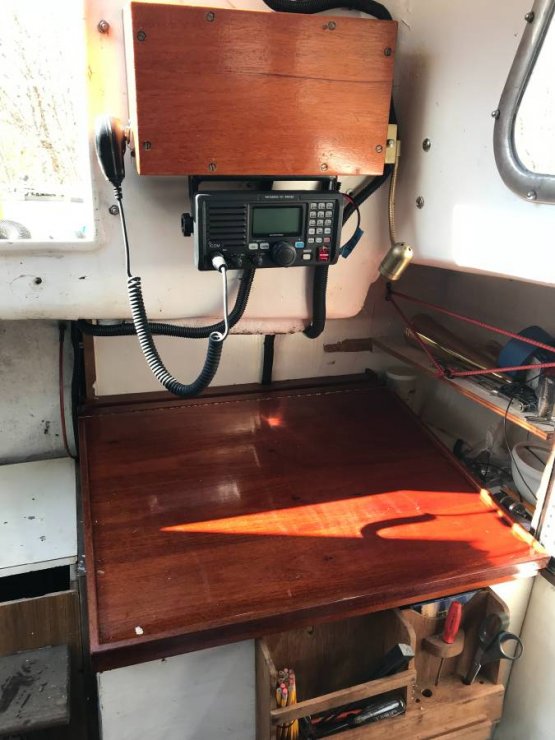 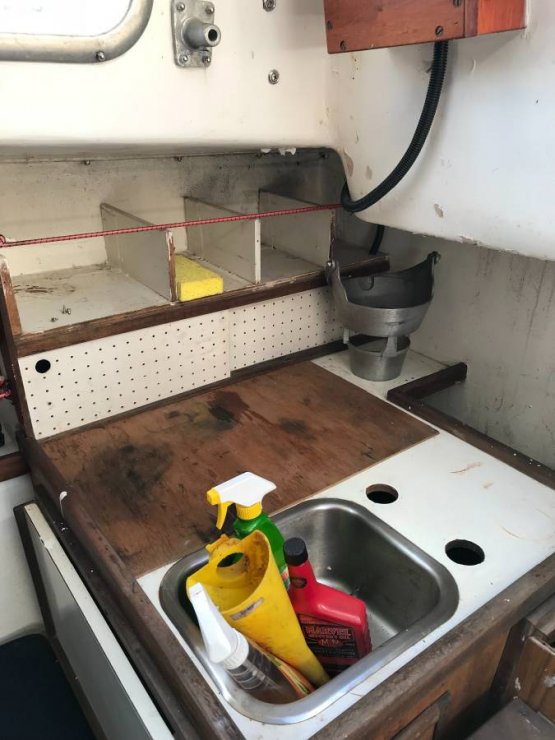 I bought this boat in 2002 and spent two years getting it in shape. The upgrades include a Harken MK 1 Roller reefer New 130% Genoa. Battened Mainsail with Tides Strong track for easy raising. All lines lead to the cockpit for easy single handed sailing. The hull was Awlgripped white with tan non skid on the deck in 2013 but never put in the water. Picture with blue hull was prior to the new awlgripp. I moved to South Carolina for four years and didnt take it south. The engine is an Atomic 4 that was partially rebuilt by the Old Lyme Marina with electronic ignition and a raw water heat exchanger for cooling. The boat was rewired to a new panel and has two new house banks AGM batteries with a new starter battery. Standing rigging was replaced in 2004 along with lifelines and stanchions. The former toe rail leaked but has been removed, sanded and glassed with two layers of matt and cloth and replaced with Marisafe Aluminum toerail and fairleads with teak trim. Below, Some modifications have been done to create four air tight compartments for storeage, a navigation table. New house bank and starting batteries. A composting Airhead toilet is installed but never used. The 35 lb.CQR anchor comes with 150 ft of stainless 5/16 chain. 1/2 line hasnt been attached. Its got good bones,just needs some Cosmetic touches.

To inquire about this boat, please login or register

SailboatOwners.com is not endorsed by or affiliated with any sailboat manufacturer.